What is CBD and what does it really do for you?

CBD – or cannabinoids – is an amalgam that is part of the different compounds that the cannabis plant contains. When it comes to CBD oils, they are defined as any oil incorporating CBD concentrations; though the measures and uses of the different oils differ.

Many studies have been done considering the different healing and curative uses of CBD. The main question that everyone seems to be wondering about is: What does CBD actually help with? 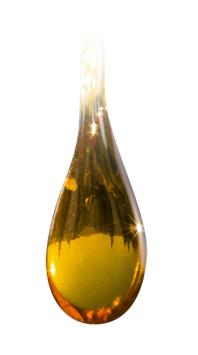 How does CBD work?

As we stated earlier, your body already has a wildly complex endocannabinoid system that affects several different areas and functions. That system is rife with “receptors,” sites that await cannabinoid molecules presence. When the cannabinoid nears, the receptor will bind it to itself, creating a sophisticated chemical interaction that modern science is only just beginning to scratch the surface of understanding.

Unlike its sister molecule THC, CBD does not make you feel high -- but don’t think that a lack of psychoactive or intoxicating effect means that nothing is occurring. On the contrary, it’s very clear that there are many chemical responses that occur when CBD binds to those cannabinoid receptors. That being said, the endocannabinoid system is ubiquitous in the human body, affecting nearly all major functions in some way (especially homeostatic regulation). Because of this, it’s quite a task to discern everything that CBD does, exactly, when the binding occurs. That’s where the

Cannaleaf sources only the highest-quality 100% natural, totally organic products so you are always supplementing with the best quality cannabis oil products in the world.
Find out more about CBD, contact us through our website in the comments section or you can get in touch by calling the number above.

So go and check out all the different CBD products we are selling by visiting our online shop right here.

Though they share the same source plant family (cannabis), there is a huge difference between CBD and THC -- both in the effect they have and they way they chemically interact with your body. Until recently, CBD was somewhat stigmatized and not taken seriously as a potential medically therapeutic agent due to its chemical proximity to THC (the chemical that creates an intoxicating “high”) Let’s set the record straight once and for all

Enter your email to be the first to hear about exclusive once in a life time deals, new product launches, events, tips and more.